Medical students abused by their mentors

#MeToo in medicine: Culture of silence keeps med students from reporting abuse by their mentors

📷Warning: this story contains graphic details of sexual harassment and assault that some readers may find disturbing.

With a major deadline approaching and saddled with stress in her personal and professional lives, a female medical student reached out to her academic advisor, a senior physician, for advice.Instead, the woman (who White Coat, Black Art is calling Rachel) said she was subjected to a violent sexual assault by the man who was supposed to be her professional mentor. It left her with the agonizing decision of whether to file a formal complaint, knowing it could possibly sabotage her career.Rachel's story is one of many told to White Coat by students and residents at medical schools across Canada. They detailed incidents ranging from inappropriate comments to unwanted groping to sexual assault — often by their direct superiors.Over the past year, stories of sexual harassment and assault, especially in the entertainment industry and politics, have trickled into the public sphere. The names of men such as Hollywood mogul Harvey Weinstein,former U.S. Senator Al Franken and Hedley's Jacob Hoggard have dominated recent headlines. Many victims have spoken out in social media with the hashtag #MeToo.But women who recently shared their stories about harassment and abuse in the medical profession with White Coat uniformly professed the fear that going public would get them labelled as troublemakers, or even blacklisted from their professions. White Coat has verified their stories, but granted them anonymity to protect them and their careers.Many other doctors contacted White Coat, Black Art to reveal their own #MeToo experiences. While these doctors chose not to do broadcast interviews, they did give permission to share the stories they told anonymously by email.

'I thought I was going to die that night'

Rachel's story begins when she was completing her undergraduate program in medicine. She had been dealing with multiple sources of stress in the weeks leading up to a major deadline, including a sudden breakup with her boyfriend.She asked her mentor for an extension. He suggested they meet for drinks in case she wanted to "vent."  "I was like, yes, this is someone I know, someone who I respect.… I was very trusting of that, " Rachel said.After that night, the two continued to text. He was sometimes flirtatious, but Rachel assumed it was "innocent" because he was married.They met a second time. His comments became increasingly flirtatious, then overtly sexual in nature — including his accounts of previous affairs.Rachel described her state as "very inebriated" later in the night. She wanted to walk home, but he offered to drive her.He dropped her off and to her surprise, he followed her to her door, and then came inside.

I thought I was going to die that night. He had choked me with a leather belt, and [committed] some really violent acts that he'll deny.- Rachel

"I didn't want him to come in, and I remember saying, 'No, please stop. Please stop.' And I remember that I was very clear on that," she said.Rachel said she was violently sexually assaulted that night."There was a point in that evening that I thought I was going to die that night," she said. "He had choked me with a leather belt, and [committed] some really violent acts that he'll deny."In the following days, Rachel struggled to piece together what happened."This is where that whole question of consent when you're drinking comes in. I really don't think that I had the ability to consent at that point."She found herself faced with the question of whether she should report an accusation about her academic mentor. He had far more institutional power than she did, and the ability to impact her professional future.Rachel filed a report with the police, but did not press charges."It was not particularly easy to come to that type of decision," she said, explaining "the thought of going through a whole court case and having to present to a judge and having my life basically taken apart" was too much.She informed the dean of students at her medical school. The hospital where her mentor was employed subsequently filed a complaint to the provincial College of Physicians and Surgeons.After a two-and-a-half-year investigation, the doctor's lawyer made a proposal: His client would agree that there had been a sexual encounter between him and Rachel, minus the sexual violence she described.Alternatively, the college would hold a disciplinary hearing with an uncertain outcome.Rachel, who was exhausted by the process and worried about the uncertain outcome, chose the former.In the finding, the College described the doctor's actions as "disgraceful, dishonourable [and] unprofessional." Rachel's university terminated their contract with her mentor, who is now working at another hospital. He paid a fine of $5,500. He is still practicing medicine at another location.

A 'crummy rite of passage' for women

While Rachel's was among the more extreme stories White Coat heard while investigating #MeToo experiences in medicine, many others fall into a pattern: an older, senior doctor or supervisor taking advantage of a student or mentee.Another woman, who White Coat is calling Susan, described being groped by an attending physician during her last year of medical school — in plain view of a fellow student and a patient who was in the room.On rounds, the attending doctor was supposed to show the students how to examine the level of distress in a patient's heart by placing a hand over the chest. But instead of demonstrating on the patient, the doctor reached over and placed his hand on Susan's breast."I was frozen, because I wasn't expecting it," she said."I was in the capacity [as a student] to feel as if my intelligence and my analytical abilities should have been celebrated. Instead my body was used."Now a senior resident, Susan said others have confided in her with similar experiences."It almost seems to continue to be a really, really crummy rite of passage for female medical learners," she said.There are no studies that zero in on doctor-student or doctor-apprentice incidents of harassment. But one 2016 study surveyed 1719 people in the medical field about their career experiences. Thirty per cent of female clinician-researchers who were surveyed said they've been sexually harassed, compared to four per cent of men.

"Surprised? No. Disgusted? Yes," Manitoba Sen. Marilou McPhedran said when hearing the stories of Rachel, Susan and others.A lawyer and human rights advocate who has chaired three independent inquiries on sexual abuse of patients in Ontario, McPhedran said that while doctors are required to report suspected abuse of a patient by a colleague, a similar obligation to report abuse of a student or "those who hold lesser positions in the hierarchy" does not exist.The Colleges of Physicians and Surgeons of Manitoba, Alberta and New Brunswick have an explicit policy stating doctors must not enter into a sexual relationship with a medical student or trainee while teaching or evaluating their performance.Manitoba's college also deems any form of disruptive behaviour that interferes with medical education — inappropriate words, actions or inaction — off limits.The College of Physicians and Surgeons in British Columbia relies on policies at the University of British Columbia's Faculty of Medicine and Dentistry to oversee professional conduct of teaching faculty over medical learners.In 2013, UBC instituted a professional standards policy for learners and faculty that explicitly forbids physicians engaging "in sexual or romantic relations with patients, or with individuals with whom you have a supervisor/supervisee relationship." 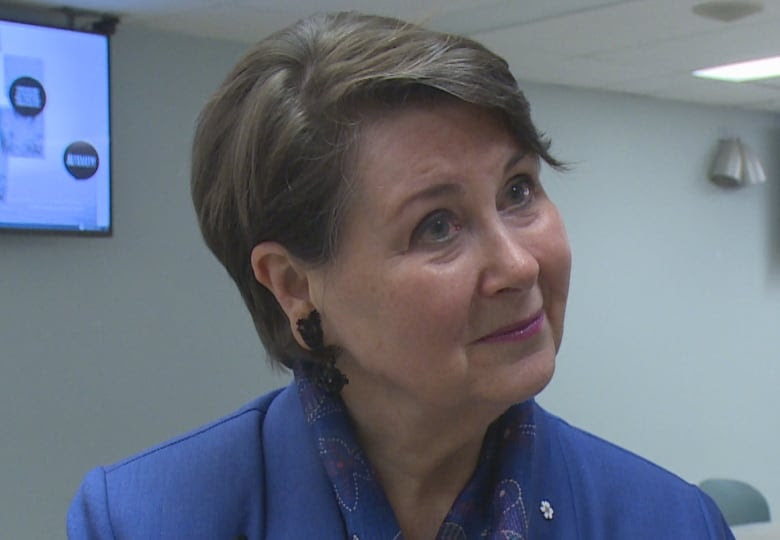 Some of the provincial colleges told White Coat that it was the responsibility of the medical school or the hospital to oversee the professional behaviour of their staff with the medical learners.McPhedran said that, given how much power doctors have over students' careers, they need better, independent oversight."Doctors should not be regulating themselves, certainly not in terms of complaints of sexual exploitation or sexual abuse," she said, "whether it's from a patient or whether it's from someone in the profession who is below them in the hierarchy."She said a culture that relies on "deference" to seniors and "sucking it up" makes it almost impossible for young doctors to speak up about abuse.Those who have been the victims of abuse and harassment say it's time to end the culture of silence."But I feel that it needs to be communicated, because in medicine, we do such a poor job of recognizing issues like sexual assault, like wellness, that if these things aren't brought to the forefront, we'll just keep on silencing them."