In wake of allegations against MP Christine Moore, why don't male victims of sexual harassment report? 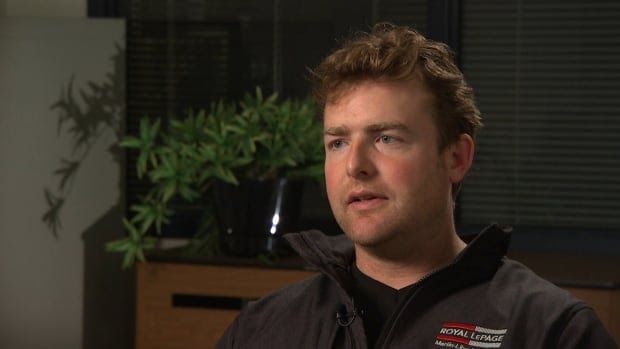 An Afghanistan veteran says the press knew about allegations he was subjected to inappropriate behaviour by a Quebec MP long before they reported it. Glen Kirkland says NDP MP Christine Moore invited him to her office after he testified before a parliamentary committee in July 2013. He told the CBC's Neil Macdonald that she later followed him back to his hotel room, where she spent the night. In the weeks and months that followed, he says she sent him a string of explicit messages and showed up at his home. "I'm not claiming rape here or anything, I want to make that very clear," Kirkland told The Current's Anna Maria Tremonti. As a soldier, he said, Moore's position as an elected MP created a power imbalance between them.

"This is a story of a member of Parliament taking advantage of their position to get what they want," he said. "If my gender was female, and [it was] a male MP, think about how different this would be. We'd be talking about jail time, or even worse."

Earlier this year, Moore sent an email complaining about the behaviour of fellow NDP MP Erin Weir, which prompted an investigation and his ousting from the caucus last week. Kirkland believes these developments are what brought his own story to light, even though it had long been the subject of persistent rumours among parliamentary reporters. The Current requested an interview with Moore but she declined, stating that "out of respect for the fairness and the integrity of the process, I will not be commenting further on these allegations at this point." She was suspended from caucus duties earlier this week, pending an investigation.

Kirkland wants the coverage to send a message about the responsibilities of people in positions of power, and he hopes the NDP's ultimate decision will be fair."I hope that gender isn't a defining fact in this," he said. "It should be an equal balance for everyone."

"The vast majority of men who have had this experience don't perceive themselves as survivors," said Rick Goodwin, clinical director of Men & Healing, a group that offers counselling services for men who have suffered trauma.Part of the challenge of providing support to men who are subjected to sexual violence, he added, is that it's fundamentally seen as a woman's experience.Kirkland's story defies the popular conception of the topic, he told Tremonti.

Goodwin is a consultant with 1in6 Inc., an international support organization for male survivors of sexual assault."The one-in-six reference is for males who have had that experience as children," he said. The rate for adult men is closer to one in eight, he added.According to a 2014 Statistics Canada report, only one in 200 men report sexual assault.​

Despite the momentum of the #MeToo movement, it is still incredibly hard for most survivors to come forward, said Lenore Lukasik-Foss, the chair of the Ontario Coalition of Rape Crisis Centres."Sometimes males are socialized that they don't feel it's OK to seek help, they may not feel comfortable [or] able to talk about this," she told Tremonti. "There may be shame in a different kind of way."

The reality is that women are still more vulnerable, and we just know that.- Lenore Lukasik-Foss

When they do come forward, she said, the stories that men tell are the same as the ones of female survivors.Men at greater risk include those who are gay or perceived as gay, as well as men with physical or intellectual disabilities, she said.

On the whole, however, women experience this kind of violence in greater numbers."I'm not trying to lessen the victimization that men and male-identified folks experience — we know that that's real," she said. "But the reality is that women are still more vulnerable, and we just know that."